It’s one way to say what’s currently going on with my life. Recently, I started to listen to this Korean group called B.A.P. Aside from their absolute handsomeness and clear talent, what also caught my eye was how two of their music videos played out.

A family, a gang; that’s the part these six boys play as to showcase their edgy song. Only, one of them is held for ransom and the oldest, the leader, is doing all he can to bring him back. Of course, while following the lyrics of their song, some stories just don’t have happy endings.

The whole video had an interesting concept, from the storyline right down to matching with the meaning of the songs. And this my friend has me thinking of a whole dramatic sequence of action, lies, betrayal and loss. 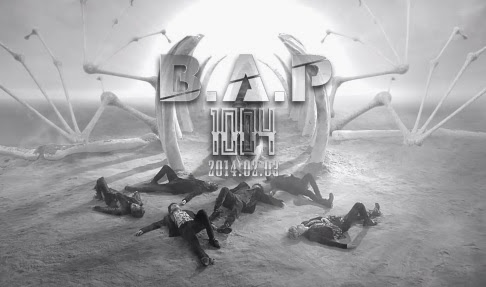 Oh how tragically beautiful this music video is. While it lacked the action and roughness of One Shot, it made due with an elegance that made my heart rip itself out and left my eyes tearing up. The feeling of losing your love is a terrible thing. Especially when you can’t seem to get yourself out of that dark and sane-less hole she/he has left you in.

Each member had their own side of their story to their lost girl; but what’s their background? Why did they hold such fond memories of her? Who were they to her? How was she an angel to them?

Just by watching these vids has given me plentiful of ideas, aus and fics I want to write! Aisssh, when can my holidays start so I can write!!!